my friend’s blog post: “one reason not to publish a memoir” 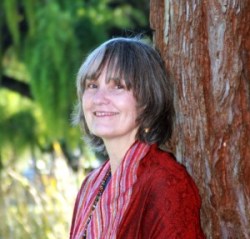 In addition to hooking our readers in the first couple of paragraphs, our writing needs to have verisimilitude—whether we’re writing memoir or fiction, it needs to be believable, smooth, and carry the reader into the dream of our story. Paying attention to these six points can help this happen:

Remember, most suggested rules have been broken in ways that succeed. But don’t count on it!

adding detail with the senses

Simply put, sense impressions describe a person, place, or thing. They can also clarify a psychological or physical state. They may make use of metaphor or simile.

We tend to write about the senses we cannot help but use, if our eyes and ears are intact: sight and sound. But taste, texture, and smell are just as important to include. Because I notice this common weakness in my writing, I don’t focus on including them in the first draft, but in succeeding drafts, I work to layer in taste, texture, and smell—although not necessarily all at the same time.

Including the senses adds verisimilitude to our work—they take our reader right there. Every person will interpret the words on the page differently, and that’s fine—readers are building their own fictional impressions and world based on the words we craft.

“He did not answer, of course, because he was dead, was now fine, silvery dust in the dark bronze urn I had chosen, nestled between piles of books and old Silas’s basket, which was lined with the rotting old sweater Silas guarded fiercely. It smelled of salt and pine and wood smoke and now, of course Silas.” [her cat]

This paragraph is from the prologue of Anne Rivers Siddons novel, Off Season. She is one of my favorite contemporary authors because her writing uses place as a character, word painting with the senses to carry us right there. This is the first taste of her Maine that we get, offered in the smells: “salt and pine and work smoke.” And we are introduced to her dead husband, Cam, “now fine, silvery dust in the dark bronze urn I had chosen.” (Smells and textures)

And later, in the same prologue: “…and look down from the top of the piled-stone seawall and watch the bay playing about the rocks, creaming and swelling and falling, glittering far to the west where the afternoon sun was lowering. I would smell the clean, fishy, kelpy sun-on-dried-rocks smell, and I would hear the sea breathe.” Siddons has me. I’m fully captured in her fictional world. (Sights and smells and sounds—and I can taste that fishy smell, too.)

Give the most sensory attention to the important characters and places—it helps guide the reader in understanding what’s important.

One can be lush and still spare. Allow the reader spaces to create for themselves within your work—don’t do it all for them. They will appreciate this.

When beginning writers ask me what’s most important, I direct them to find or to start a critique group. There are a few important ground rules:

As soon as I get home, I sit down and consider their feedback while it is fresh. For example, occasionally every critiquer commented on the same few sentences, but their opinions were directly opposite. Then I know that area needs assessment, and it’s up to me to weigh their feedback and find my own way through. Sometimes those sentences are removed, or completely reframed. Very occasionally, I leave them as they are. In the end, it’s up to the writer.