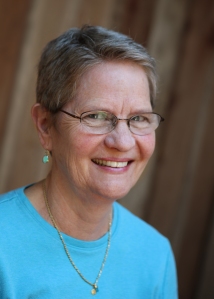 Skye Blaine writes fiction, memoir, short essays, and poetry, developing themes of aging, coming of age, disability, and most of all, the process of unlearning–the heart of the matter. In 2003, she received an MFA in Creative Writing from Antioch University. Her memoir, titled Bound to Love, won first prize in the Pacific Northwest Writers Association 2005 literary contest. It also won first prize in the BAIPA (Bay Area Independent Publishers Association) contest and an IndieBRAG medallion, both in 2016.

Her novel, Unleashed, came out in September, 2017.

She has had personal essays published in seven anthologies, and in national magazines: “In Context” (now known as “Yes!” magazine) and “Catalyst.” Other personal essays have been published in the “Register-Guard” newspaper, and the “Eugene Weekly.” Skye also presented radio essays on KRML 1410 AM in Carmel, CA.

***There is another Skye Blaine, Allegra Skye Blaine, who writes about dragons and vampires. Goodreads seems to confuse us. You can find her work here.